It’s Super Bowl weekend. The snacks are out, the beer is chilled, and all the guests are eagerly watching their favorite teams compete for glory. Suddenly, the lights go out. The TV shuts off in the middle of a play. Who you gonna call? The electrician, right? Well, not so much anymore.

According to the National Electrical Contractors Association, 7,000 electricians join the field each year; however, 10,000 of them retire, and it’s not likely to get any better. According to a poll conducted by the National Association of Home Builders, only 3 percent of 18-to-25-year-olds who have decided on a career path say they would pursue a career in a construction-related trade. The truth is, America is facing a tradesman crisis, and most, if not all, states are feeling the impact.

Florida’s electrician shortage has a lot to do with demographics. According to Associated Builders and Contractors, almost 21 percent of skilled trade workers are 55 and older, and 29 percent are between the ages of 45 and 54. This means that half of those who make up the field will not be working much longer, and there simply isn’t enough young blood coming in to fill the gaps.

Although the demand for electrical and plumbing services is high - which is good for business - without licensed, qualified workers, it will go unmet. The result? Electrical work is becoming more expensive.

Diego Garcia, 34, is an electrical contractor. He owns Tru-Line Electric, a residential electrical repair and installation company in Palm Harbor. He is one of the youngest contractors in the area, and Tru-Line Electric is relatively new to the Tampa Bay area. “It’s definitely a tough market now,” he said. “It’s not what many would say is a “sexy” career, so it’s hard to get the younger generation interested in these jobs.” Garcia believes there is often a blue-collar stigma that leads parents to discourage their children from going to a trade school.

"It is important that the parents also be a part of this decision with the children,” he said.

“A lot of times they are under the stigma that it's not a career choice that they can make, and we just kind of need to get over that hurdle.”

Many believe that blue-collar workers like electricians don’t make a great living. To the contrary, working as an electrician, plumber or A/C technician can be highly lucrative in today’s market, Garcia said.

Why You Can Make a Better Living as an Electrician

The reality is, a tradesman can make a much better living than many of the people with Bachelor's and Master’s degrees.

According to the Bureau of Labor Statistics, the average salary of a Journeyman Electrician is $54,110 per year or approximately $26 an hour as of its last reporting in 2017. Statistics show that depending on where he or she lives, and the company the electrician works for, he or she could make up to $92,000 annually. Taking into account that trade school is often shorter and cheaper than college, the average cost of a trade school degree being $33,000 - choosing to be an electrician has concrete advantages.

On top of that, at this point it seems like society will always need electricians, plumbers, roofers, and A/C technicians. These jobs are seen as “recession-proof,” meaning while other jobs may lose value if the economy suffers, those who work in trades will always be needed. Job security is a very important aspect of stability.

“Kids can get an education from these trade companies and then go off on their own and get a career and be able to maintain themselves and their families. They can really do a lot of things, it’s a huge thing for kids that want to take the opportunity” Garcia said.

Garcia attributes much of his success to his teacher and mentor Donald Blake, a former electrical contractor turned teacher at Marchman Technical College in Palm Harbor. "I was fortunate and blessed to find a teacher,” Garcia said. “I would’ve failed high school if I hadn’t gone to the electricity program. I will never forget that."

Blake’s wife, Linda, also worked in the school system for many years as an Instructional Trainer for the district. She helped teachers learn best practices to educate students and be the best teachers they can be.

Blake recently retired from teaching, but along with his wife, is still very passionately involved in helping the community understand the importance of this career path. He is committed to assisting others who choose this route to become successful.

Both had a lot to say about the crisis Florida is facing with its shortage of young tradesmen. Blake believes that high school is particularly geared toward college and does not emphasize trade work as a viable alternative.

He believes intelligence takes many different forms. Simply saying a child is not good at math isn’t necessarily accurate, nor does it mean he would not be able to excel in the application of mathematics or science that being an electrician requires.

“Maybe they aren’t successful at reading this particular novel and being able to figure out all the things in that book, or they’re not really good at learning a certain style of mathematics” Blake explained. “When students were learning how to do parallel and series circuits, voltage drops, and load calculations, all of a sudden they started getting really excited. Many of those in the vocational industry confirm that a blue-collar stigma lingers around the field. However, when there’s a crisis that requires a trade, society begins to see the necessity of this kind of work.

"When we have a storm and everybody is losing power, all of a sudden we need electricians,” Blake said.

Once again, parents have the ability to sway how trade work is viewed. Talking about his past experience Blake said, “Parents would call me and say ‘My son is not going to a technical school, my child is going to a university.’ There is this mindset that the vocational field is something that is beneath their dignity. To work for a living. To go out and possibly get dirty and sweat.”

Unfortunately, there is a huge disconnect between public education and trade schools. The two are seen as two entirely separate entities when in reality, they should work hand-in-hand to shape the future occupational landscape of the state and of America as a whole. According to Linda, funding for trade schools is low. This results in scarce resources and little to no promotion of this specific educational path. Also, there aren’t enough experienced teachers who have a history working as tradesmen in the field, which makes a big difference in how administration and curriculum are decided on and operated. It isn't just the electrical field feeling the sting of the decline in blue-collar workers entering the field.

Light at the end of the Tunnel

Another company feeling the effects of fewer people willing to join the blue-collar workforce is Continental Plumbing, a plumbing company located in Palm Harbor, Florida, owned by Chad Hart and Amy Hart.

Amy Hart said they’re having a hard time finding qualified employees for a variety of reasons. “There’s no definitive training program, and there’s no online training program,” Hart explained. “In the plumbing trade, at least here in Florida, there’s no way to encourage people, other than us teaching you. There's also very little licensing for plumbers in Florida; there are only two counties that recognize the journeyman license in the entire state.”

In Florida, Pinellas and Miami-Dade are the only counties that have and recognize the Journeyman license for plumbers, Hart said. Additionally, no stateside curriculum or apprenticeship for the trade exists, which causes its own set of problems.

“Many private companies offer classes where they just guide students through the code books to assist them with passing the test. I feel strongly that this same type of program is needed with availability throughout the state or partially online.”

In Chad Hart’s opinion, the small number of young people getting involved in plumbing and electricity has to do with company culture.

"I think a lot of kids these days aren’t as big about the money; they’re all about the culture and what they do with the business. If you have a good culture and they feel like they’re welcomed they'll try it out," Hart continued, "They want to feel like they’re being utilized, like there’s a goal at the end, they want to feel like they’re a part of something bigger". It is true that more people are looking for what they consider to be meaningful jobs. A dreary, passionless 9-5 will not cut it for many people in today’s society. But is there anything else that could be contributing to this shortage? There sure is.

"Women are missing out. There’s a huge opportunity out there," Amy said.

Given the demand for electricians in a field traditionally dominated by men, Amy Hart added that it is important to start a dialogue about how the trade businesses, which tend to be associated with an old way of thinking, can move to fit more modern values in today’s society. For the past 100 years at least, generally speaking, men have been the construction workers, welders, or carpenters of communities. America has yet to distance itself from that antiquated way of thinking. Women entering the trade field would significantly tip the scales when it comes to the availability of skilled workers.

Schools and technical colleges need to start working together to make sure students have an array of choices when it comes to what they will be doing in their future. Parents and schools should also be making sure they’re not closing the doors for children based on the stigma surrounding vocational occupations. Trade work is an important component in the infrastructure of society. Helping a community regain power after a natural disaster, keeping a family warm on a cold winter's night, and making sure running water is available to school children is, after all, work that makes a difference. Let’s not wait until the lights suddenly go out to recognize this. 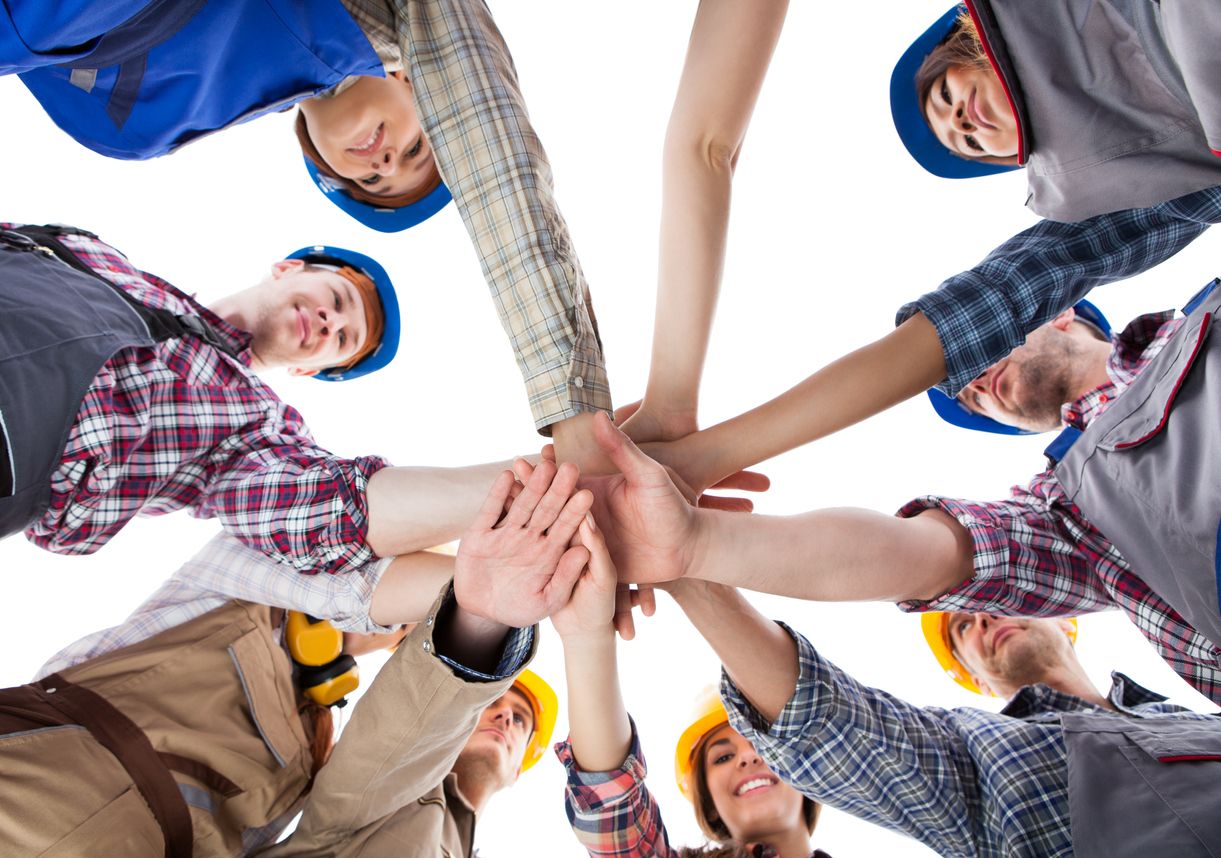